From the producers behind Comedy Central’s This Is Not Happening, Netflix’s The Degenerates and TruTV’s Laff Tracks…

Unprotected Sets returns to Epix for a third season of raucous comedy, filmed live in Los Angeles. This year’s line-up is the show’s strongest group yet, and comedy fans know that the opportunity to see a top-class one-hour set in LA is rare. So pick your favorite(s) of these 8 killer headliners and come watch them bust your guts open in an intimate and historic rock club: the Mint on Pico.

Audience members must undergo rapid Covid-19 antigen tests prior to entering the venue and must be FULLY VACCINATED (see Covid Policy). The production will provide free rapid testing at a location next to the venue prior to the show. Anyone who tests positive will not be permitted to enter under any circumstances. Thanks in advance for undergoing a test on the show's behalf. Testing time arrivals are between 6:00PM-6:30PM for all 7:30PM shows and 8:00PM-8:30PM for the 9:30PM tapings. 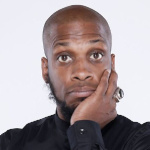 Ali Siddiq is stand-up comedian, public speaker, and writer out of Houston. Ali’s unique style of stand-up began behind the walls of incarceration, an incubator for interesting experiences and good stories. As seen on Rogan, This Is Not Happening, and the hourlong special It’s Bigger Than These Bars 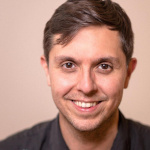 Tom Thakkar is a comedian from Bloomington, Indiana living in Brooklyn. He’s appeared on CONAN, Comedy Central Presents, This Week at the Comedy Cellar, and more! 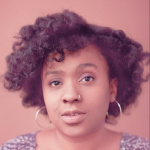 Chanel Ali is a standup comic who blossomed on the Philadelphia circuit before taking her talents to NYC. Her debut comedy album, Chanel No. 1 debuted at #2 in 2020. Her credits include MTV’s Girl Code, the Comedy Central Stand-Up / Refinery29 series Taking the Stage, and Netflix’s Dash and Lily. 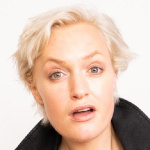 Emma Willmann is a stand-up comedian, actress, and podcaster, described by Paste as a comic who’s “mastered chaos under control.” She’s had memorable appearances in Crazy Ex-Girlfriend and Crashing, along with standup appearances on Colbert and on Netflix’s The Lineup. 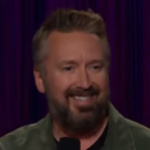 With close to a billion streams of his six albums, Chad Daniels is one of the most listened to comedians of all time. His stand-up has been featured The Late Late Show with James Corden, Late Night with Conan O’Brien, WTF with Marc Maron, and has performed on Conan three times. 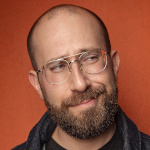 Louis Katz's comedy deftly combines the highbrow and the lowbrow, creating a truly unique style that has been described as “cerebral filth.” Throughout his career, Louis’ stand-up has been featured on NBC, HBO, and 5 times on Comedy Central, including his own half-hour special and an appearance on their storytelling show, “This Is Not Happening,” which has since been viewed over 2.7 million times on youtube. 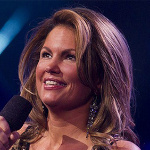 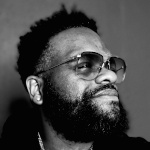 Ronnie Jordan is a husband, a father of 2, and a road warrior who once put down 102 college shows in 112 days. In between club shows and military bases, he averages 80 college performances a year. Ronnie is also a member of the MoreThanCulr podcast, co-host of Bossip, founder of the OfficialBlessedAF.com brand, and was the comedy writer for the Drake ft Future video "Life Is Good," the 2020 video of the year with over 1 billion streams.

We will comply with all state, local, industry and venue Covid-19 guidelines, which may be subject to change.

Anyone coming to see the show must be fully vaccinated.